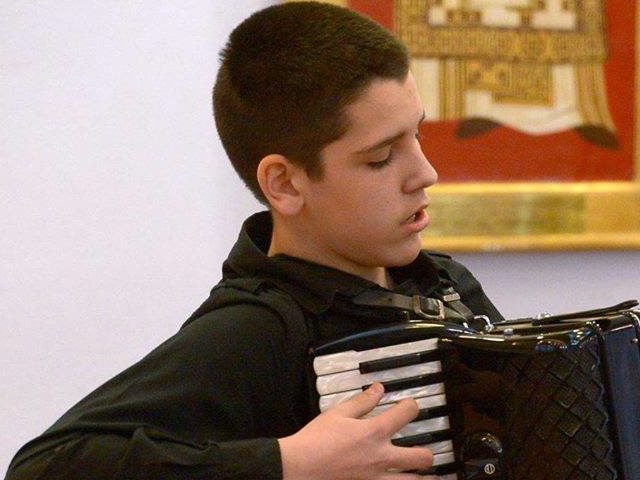 In 2014 for some of the winners Masters Final production center MIR Production www.mirproduction.com identified prize fund, one of the owners of which became the winner in bayan/accordion Milan Lazić (Smederevo, Serbia, class of Gvozden Eraković).

As a prize for him was master class with maestro Yuri Shishkin in the international summer music festival of accordion/bayan in Kragujevac, Serbia. Milan Lazić was very pleased with work with maestro Yuri Shishkin, and he learned a lot of new and useful information.

Yuri Shishkin – is a brilliant phenomenon in the realm of button accordion. His name is already widely known all over the music world.

The performances of Yuri Shishkin are distinguished by deep revealing images, prominence and even spectacular personification of music. His artistic image is added to his passion for music and his enthusiasm, while elaborating new techniques of sound by extending the possibilities of the instrument with a very special artistic charm. On our competition we have a tradition, by the end of the contest, and summarizing, we select some of the most successful teachers and invite them to participate this time as jury members.

In the 2015 competition, we invite Gvozden Eraković, bayan and accordion teacher and director of the music school and colleges (Smederevo, Serbia) to participate in the jury.