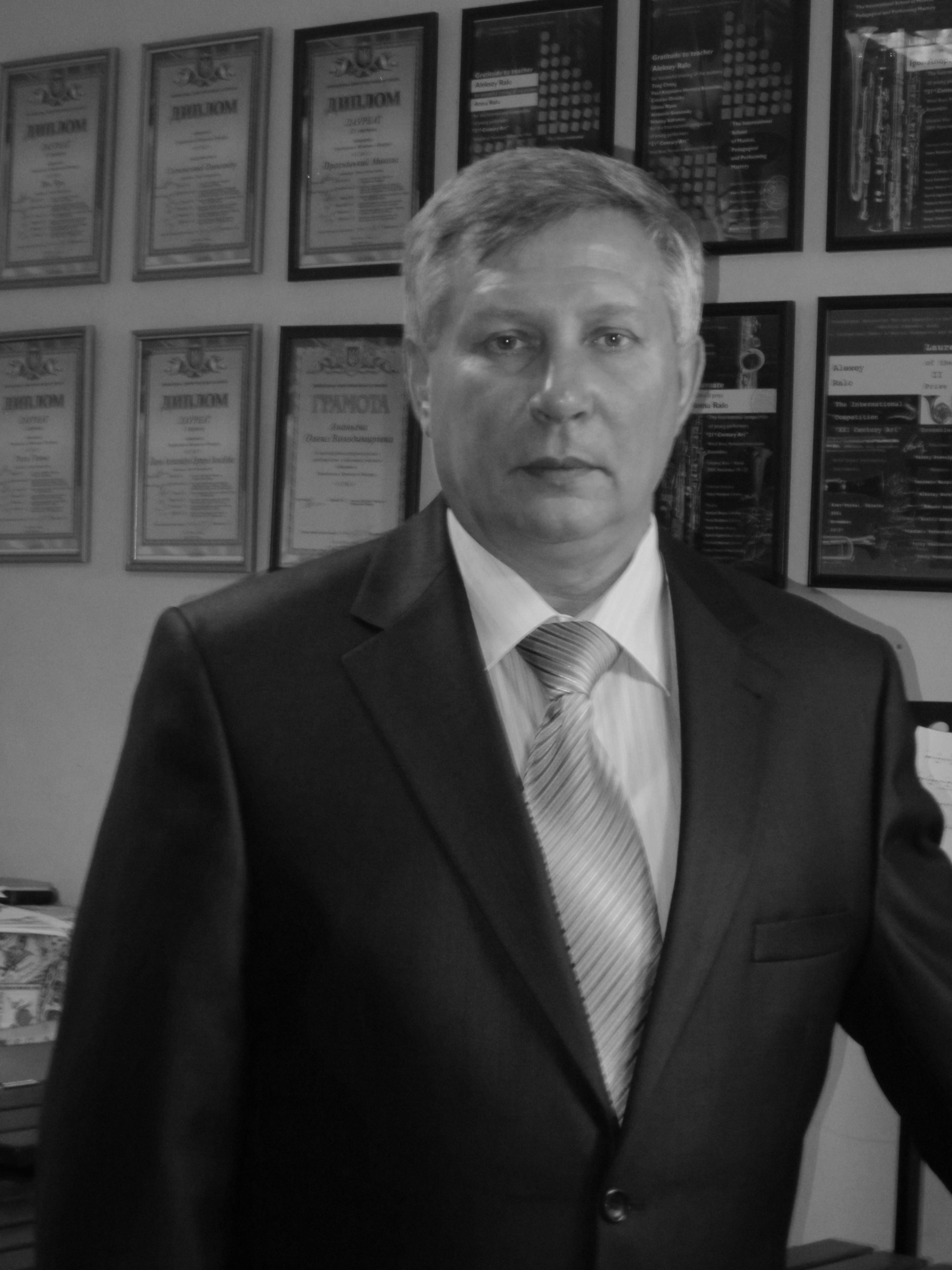 RALO ALEXEY NIKOLAEVICH was born in 1962 in Ukraine. After graduating from the Ternopil Musical College named after S. Krushelnytska in the class of “percussion instruments” in 1986, he entered the Odessa State Conservatory named after AV Nezhdanova.

In 1991 he headed the class of percussion instruments at the Astrakhan State Conservatory.

In 1992 he entered the postgraduate course of the Moscow State Conservatory. P.I. Tchaikovsky.

In 1996 he defended his thesis “Some aspects of the theory of percussion instruments” for the degree of candidate of art history.

In 2002. published a monograph “Theoretical Foundations of Playing Pitch Percussion Instruments”, in 2008 – a teaching manual “Formation of the functions of percussion instruments in orchestral music”, approved by the Ministry of Culture of Ukraine as a textbook for students of higher educational institutions of culture and art.

He combines pedagogical work at the University with performing practice. In a duet with V. Balyk, he became a laureate of International competitions in Italy (1996) and in Germany (1997). From 1995 to 2002 – accompanist of the percussion group of the Astrakhan State Musical Theater. Since 2003 and up to the present time – soloist of the orchestra of the Odessa Academic National Opera and Ballet Theater. He gave recitals in our country and abroad with outstanding masters of the Russian performing arts, as well as at the International Festivals of Classical and Contemporary Music in Astrakhan, Krasnodar, Stavropol, Odessa, Kolbushovo.

Ralo A.N. took part and made presentations at international scientific and practical conferences, held master classes that were held in Russia, Ukraine and Poland. He has published a number of articles in leading scientific collections, a member of the jury of the All-Russian and International competitions of performers on wind and percussion instruments.

Ralo A.N. educated more than 50 laureates of national and international competitions held in Russia, Ukraine, Moldova, Italy. Its graduates lead the class of percussion instruments in higher and secondary specialized educational institutions, work in leading theaters and orchestras in Russia, Ukraine and Ecuador, continue their postgraduate studies and improve their performing skills in leading European universities.