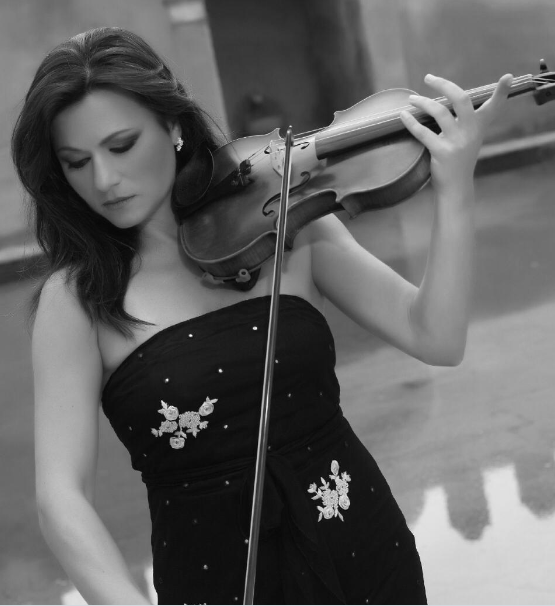 Born in 1970 in the Odessa, Ukraine. He started his musical training at the age of seven. In 1979, she was admitted to the P. S. Stolyarski Special Musical School for Gifted Children.

She studied in the class of A. V. Pavlov, considered the best teacher in Ukraine. At the age of eleven she was already performing solo music. During her studies, she performed many concerts at home and abroad. In 1989, she participated in the National Competition of Young Violinists in honor of David Oistrakh, held in Odessa, obtaining the fourth prize.

In the same year, she entered the Nezhdanova Conservatory in Odessa, continuing to study in the class of master A. V. Pavlov. During her training at the Conservatory, she maintained her intense activity as a soloist and was invited several times to participate in concerts filmed at the Studios of the State Television Company. In 1993, she completed her studies at the Conservatory with success and distinction and was invited by the Ministry of Culture of Ukraine to participate in the annual concert of the best finalists.

In the same year, she began working at the Conservatory as an assistant to A. V. Pavlov, playing the role of first violin in student chamber ensembles. In 1994 she was invited to work with the Serbian Chamber Orchestra in Belgrade as an instrumentalist and soloist. At the same time, she devoted herself to musical pedagogy and also played in the State Symphony Orchestra of the Opera Theater in Belgrade.