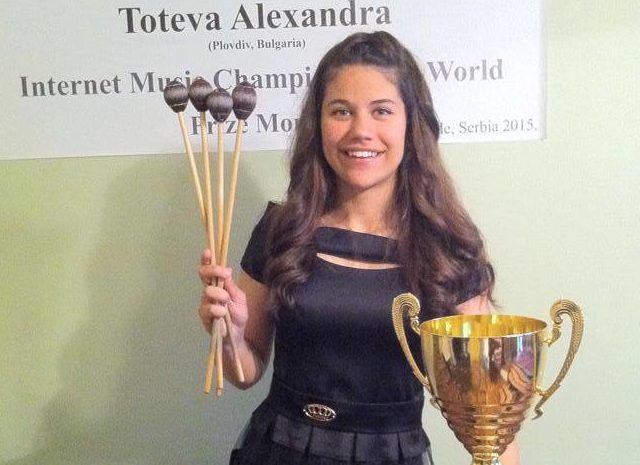 In 2015 for some of the participants of International Music Competition 2015 – Belgrade, Serbia production center MIR Production www.mirproduction.com identified prize fund, one of the owners of which became participant from Bulgaria absolute winner in the nomination “Percussion” and winner of the Masters Final and the entire competition – ALEXANDRA TOTEVA. 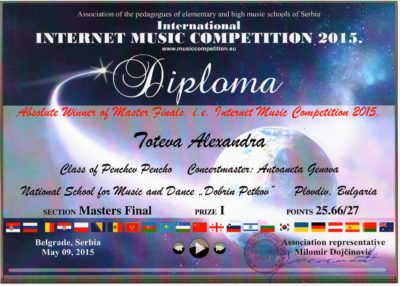 ALEXANDRA NIKOLAEVA TOTEVA was borned in 7th of January 2001 year, in Plovdiv, Bulgaria. She studies in National School of Music and Dance “Dobrin Petkov” in Mr. Pencho Penchev`s class. During her education she was participated in many concerts in Plovdiv and other towns in Bulgaria.

She was a soloist in school symphony orchestra and participated in many competitions: 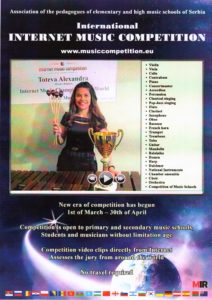