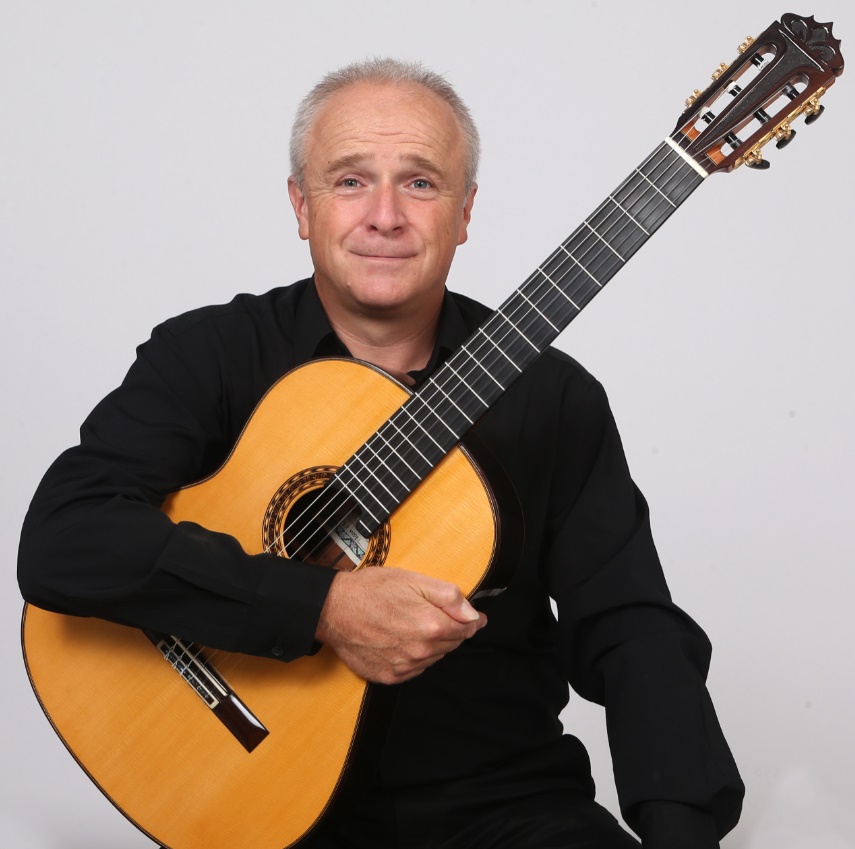 Academy of Music in Ljubljana

ANTON ČRNUGELJ studied guitar at the Academy of Music in Ljubljana, first with Andrej Grafenauer and later with Tomaž Rajterič. During his studies he attended lessons at renowned teachers, such as István Römer, Jordi Codina, Konrad Ragossnig, David Russell and Costas Cotsiolis. As a soloist or a member of various ensembles for different genres, he has performed home and abroad. Additionally, he graduated in electronics at the Faculty of Electrical Engineering and Computer Science in Ljubljana.

He teaches guitar at the Conservatory of Music and Ballet in Ljubljana where he is currently a head of department for plucked string instruments.

His pupils have performed publicly with great success, giving concerts around Slovenia, recording radio and television shows and for the archive of the Slovenian national radio, as well as attending international festivals and national and international competitions, where they have won over 60 prizes.

Anton Črnugelj is the first Slovenian guitar teacher whose pupils have successfully attended the most highly acclaimed competitions in Germany and Austria. At the international competitions in Vienna, Weimar, Velbert, Kutná Hora, Genoa, Gorizia, Belgrade, Zagreb, Trieste and Ljubljana, his pupils have received over 40 prizes in different categories. His success in competitions has significantly contributed to the recognition of Slovenian guitar scene in Europe.

For his contributions he was awarded the Škerjanc Diploma for Outstanding Achievements in the Field of Music Education, the highest award given by the Conservatory of Music and Ballet in Ljubljana.

Many of his ex-students are nowadays well-established personalities in modern guitar world and are continuing the work of guitar promotion on the highest public posts in the world.

Anton Črnugelj has published many articles in music magazines and has organized guest lectures of renowned teachers in Slovenia.