In 2014 for some of the participants of International Music Competition 2014 – Belgrade, Serbia production center MIR Production www.mirproduction.com identified prize fund for nomination Pop – Jazz singing, one of the owners of which became Nina Jedoksic (Serbia).

As a prize for her organizers gave her the opportunity to visit Jazz Festival “Nisville», and concert of the world famous group «Il Divo».

Nišvil http://www.nisville.com/  – one of the most popular jazz festivals in South-Eastern Europe. 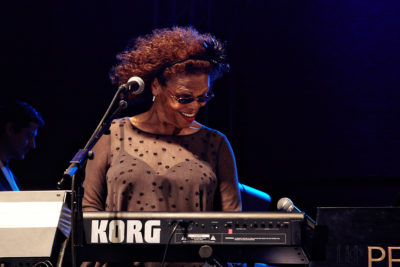 Ever since the start, the Festival has established cooperation with cultural centers and embassies of the United States of America, the Netherlands, France, Norway, Germany, whose musicians have significantly participated at this manifestation and the names of the participants increasingly became greater: Reggie Workmen, Jimmy Cobb, Philip Catherine, Aria Hendricks, Miles Griffith…

Il Divo http://www.ildivo.com/ is a multinational operatic pop vocal group created by manager Simon Cowell. Formed in the United Kingdom. Il Divo is a group of four male singers. To date, they have sold more than 26 million albums worldwide. Nina shared her impressions about the competition and answered some of our questions:

How did you know about this competition?

– About the contest I found out from my piano teacher at music school.

How long have you been singing?

– I love to sing from childhood and started to learn singing and playing the piano with ten years.

What do you think about the competition, which passes completely through the Internet?

– I think that competition that take place through the Internet, has its advantages. You can view and listen to performances of all the contestants. Participation in these contests does not require much time and other expenses (accommodation, road, etc.) I also like the fact that the jury is objectively evaluated, because they do not communicate with each other. Video recording of my performance will be a memory for years to come.

What will you wish the contestants for the next year?

– I wish them the best of luck, and that their dreams turn into reality. Just do not give up!