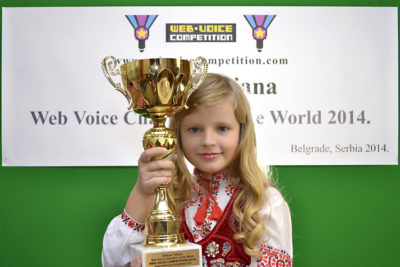 Her mother, Natalia Belous is an economist. Father Sergey Belous is a system administrator.

From 2011 to 2014 – studied in school “Intel”, where she took an active part in performing activities.

30.11.2013 International Competition and Arts Festival of young performers “Palayucha Zirka” in Kiev, the winner of the first degree;

27.10.2013 II International festival of children and teenagers “On the banks of the Dnieper River” in the international project “Talent Salute”, Kiev, the winner of the second degree;

10.18.2013 All-Ukrainian festival of arts “Zoryana Osin” in Kiev, the winner of the first degree; From a very young age she likes to swim and dance.