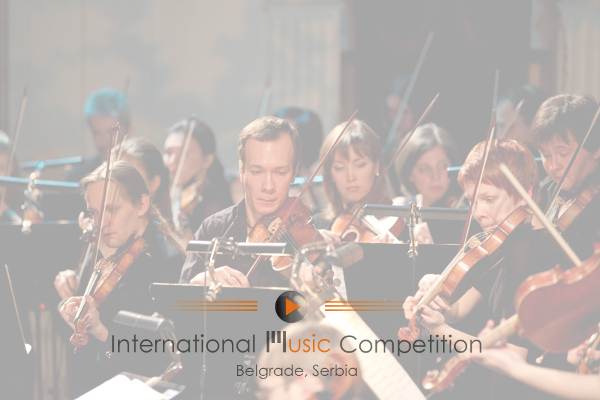 INTERNATIONAL MUSIC COMPETITION – Belgrade, Serbia passes completely through the Internet with the support of public institutions of culture and communication and is the only competition of this kind since its inception.

The jury was attended by 75 musicians from 23 countries many of whom are eminent teachers, musicians and artists who teach at prestigious music institutions are soloists and play in the top 10 best orchestras and opera houses.