At the WORLD OPEN Online Music Competition since its inception in 2010 to 2019 were competed more than 10,000 participants from 53 countries, 650 cities and from more than 1030 musical institutions.

The total number of views videos of competitive performances from 2010 to 2020 year www.musiccompetition.eu exceeded 9 million!

According to these indicators WORLD OPEN Online Music Competition became one of the leaders among the international music competitions in the world!

We are very glad and proud that WORLD OPEN Online Music Competition reached this level. Several million views – an important milestone and many performers would like to achieve that.

“To establish the connection with the audience and interest them so that they coming back again and again, as a result to get rating in a multi-million views, especially in a competition of classical and folk music – this is an outstanding achievement,” – said president of the Association and director of the production center MIR Production, Milomir Doychinovich. 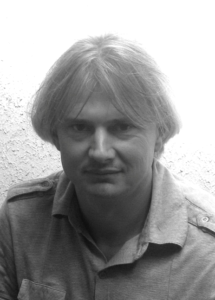 We constantly communicate with our competitors, their teachers, parents, members of the jury, exploring their interests, wishes, in order to make current and new content of the website, through which the competition passes, the most relevant and modern.

Among the participants of the WORLD OPEN Online Music Competition there are many talented young musicians, as well as excellent performers who have already become winners of international music competitions.

For many well-known musicians participating in international competitions was a crucial factor in their professional career.

We can confidently say that regardless of the results, the participation in international competition – it is already a winning for musician and a new level of their excellence.