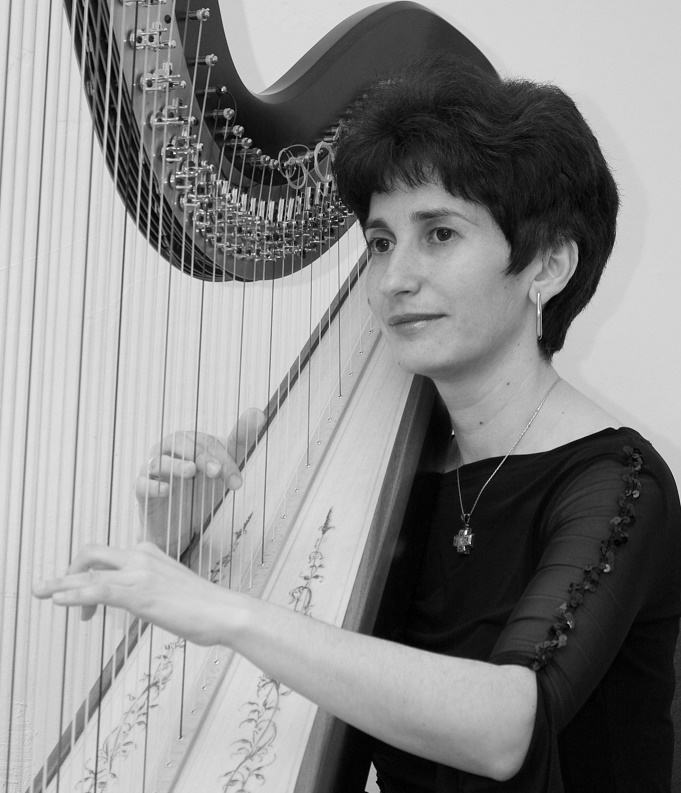 KOHAR ANDONIAN is born in Sofia, Bulgaria. In 1990 she graduated harp and pedagogy in the National Music Academy ”Pancho Vladigerov” in the class of professor Malina Hristova with honours. In 2017 she acquired a PhD degree in the New Bulgarian University.

From 1990 to 1992 she was a solist member of the orchestra in the Musical Theatre ”Stephan Makedonski”. Since 1993 she teaches harp and chamber music in the National Music School ”Lubomir Pipkov”. The pupils of her class are awarded with a multitude of prizes and are laureates of numerous national and international competitions.

Kohar Andonian has several rewards for pedagogical accomplishments and is a performer of UNESCO as Messenger of Peace.

She has been a member of the jury of several national and international competitions and has participated in numerous festivals such as “Apollonia Festival”, “Skopsko leto”, “Sofia Music Weeks” and “Evmelia Festival”.