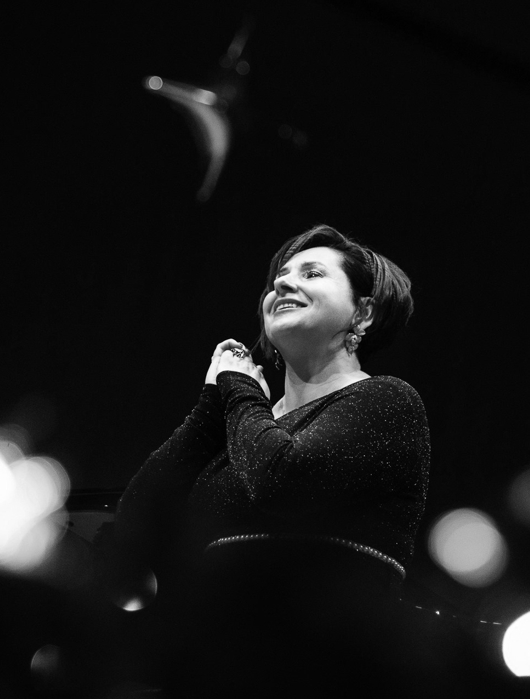 Lucyna Górska is respected soprano spinto singer endowed with warm and sonorous voice. Its dark timbre, full volume and technical agility result in rich repertoire which consists of classical pieces as well as commercial ones.

She gained additional vocal qualifications from Jadwiga Dzikówna one of the greatest polish opera divas. Her long-term mentor is Donata Hoppel, outstanding opera singer who has performed in Poland and many other European countries. Except for being a miraculous singer Donata Hoppel is also a splendid singing tutor.

Lucyna Górska took part in many vocal seminars and masterclasses organized by i.a. Anita Garanča, Janusz Niziołek, Marek Rzepka or Hubert Noé. She performed with many music groups in Poland as well as abroad. She regularly performs with Koszalin Symphony Orchestra and all the music groups connected to it such as: „La Donna e Mobile”, „Aremvee”, „Camerata Pomerania” or chamber ensemble „Kamerton”. She performed as the invited solist with „Cantate Deo” choir as well.

Her repertoire includes both opera and operetta arias and contemporary pieces. Some of them were world premiere performances (e.g. “Five songs for soprano and piano” op. 39 by Andrzej Cwojdziński) or recordings (e.g. “Media Vita for speaker, soprano, 2 violins and cello” by Gabriela Moyseowicz with Koszalin Philharmonic Orchestra, released by JBRecords in 2021).